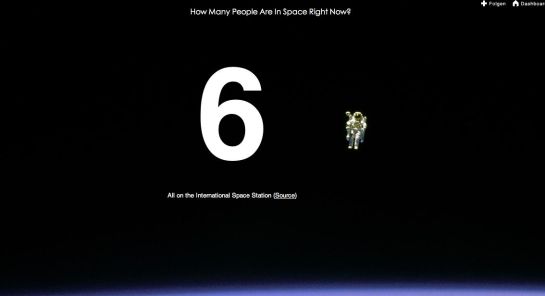 _ objects can be mobilized to make a home in unfamiliar surroundings. p.170

_ … mobile people use objects in performances that construct both home and away … p.170

_ I suggest that collections of salvaged-object souvenirs and their inscription constitute one such spatial practice of travel and that their collection, together with practices associated with them, serves to reproduce knowledges and constitute identities. p.171

_ Souvenirs are not generally objects of need but items gathered, signified or created in response to nostalgia for other and past places. (…) Through them, places and actions can be revisited. p.171

_ Susan Pearce comments that: “Objects hang before the eyes of imagination, continuously re-presenting ourselves to ourselves, and telling the stories of our lifes in ways which would be impossible otherwise”.(1992: 47). For Susan Stewart, souvenirs serve as a trace experience fulfilling “the insatiable demands of nostalgia” (1993:135) p.174

_ The word “salvage”, derives from the Latin, salver – to save, and the primary meaning is that associated with compensation for saving a ship or a cargo from the perils of the sea, or for lives and property rescued in a shipwreck. (…) In terms of souvenirs, as mentioned earlier, salvaged-object souvenirs are not officially sanctioned objects exchanged for money in a store dedicated to selling hegemonic memories of a place; rather they are salvaged encountered objects. (…) They are objects to which individual meanings are attached, often seemingly of the everyday, plucked from anonymity or destruction. Attached stories are those from previous lives as well as those newly made, such as the story of the find and acquisition”. p.175

_ Bassett Digby´s collection of salvaged-object souvenirs and the activities around it act in similar ways to the collection of quilting displays. The similarity lies in the precesses of memory recalling and reforming through telling stories linked to locations, many of which are distant in time and space. As with the quilt components, many of the meanings are not inherent in the objects; rather, meanings are invisible, attached only though stories. p.176

_ to an outside person, the contents of Bassett Digby´s tin would have appeared not as a “casket of magic” but as a tin containing the debris of living, “stuff”, without meaning or “junk”. However, I suggest that the tin (…) contains items that are constituent to Digby´s identity and provide a spatial mapping onto the landscapes of his travel. p.177

_ + – collecting as a search for revenue from a source other than his pen. p.178

_ Performances of telling enrich and rework stories associated with objects. (…) It is a double inscription of the objects. p.180

_ Stories connected to souvenir objects are not static; rather they are mobile and fluid. The interactive telling is a performative mapping during which alterations in and evolutions of the stories can be expected to occur. p.182

_ … the telling of stories associated with the objects was more important than the objects themselves … Thus objects act as containers for stories, they are “wild things” to which a variety of meanings can be attached. p.182

_ titles, captions, takes us towards a place,

_ place for things out of place

_ strange and quiet :: as adjective or verbs

_ as a traveler you discover places

_ getting lost as a royal experience

_ it is getting difficult to get lost

_ space are underrated, because there are basically no more unknown places in the world

_ the experience of being somewhere, looking at a place, start reading the place, is something we all forget to do, because we thing we know it already.

_ asking locals about the place as a big mistakes

_ we are loosing the ability of being somewhere, exposing ourselves, to read the traces we see and let the space tell us its story

_ a space can suggest a story (related to his movies)

_ story as an expression of that place :: “as soon as I start feeling I could be somewhere else and I could tell it somewhere else, I get very lost (…) not in a good way”

_ place steps into the background :: necessary process in film making.

_ photography gives the chance to give place a center stage and let it keep it :: stories becomes a bit more like a secret

_ photographer as a translater between the place and the viewer

_ but as soon as you have people, even in the photographs, they dominate it right away

_ sense of place once was critical for survival

_ how does a place affect me?

_ we as a result of a place

_ people can tell us about the place where they live, but we can also hear this from the place itself.

_ dangers are eliminated, there are maps, signs “please stand here, take a picture and move on”

_ to relate to a place not being a tourist

“Because maps are a visual tool for sharing information with others. Because they can be produced by many people and combined together to tell stories about complex relationships. Because maps are never finished and only tell part of a story that can constantly be expanded upon. Because power exists in space, struggle exists in space and we exist in space. Because we cannot know where we are going if we do not know where we are from.”

About Hurry Slowly :: “This web page was developed by Ingrid Hjelmstad and Aashild L. Øren as a part of our master thesis by the Faculty for Architecture and Fine Arts at the NTNU”.